My top recommendations for the best hotels in Las Vegas. Vegas has a staggering array of hotel options. Which hotel should you pick? So many choices! New York, Paris, Venice, you can stay in all of these places on just one street in Las Vegas! Join me as I walk through the 5 most luxurious hotels in Las Vegas, with 5 more “honorable mentions” that are worth considering if you have the cash!

Four Seasons: A gaming-free sanctuary at the southernmost end of the Strip. Occupies floors 35-39 of Mandalay Bay, has its own lobby,restaurants—and pool.

Delano: In a separate tower adjacent to Mandalay Bay the Delano is good for travelers wanting a quiet retreat still near the Vegas hustle and bustle.

Located at the very center of the strip, Caesars Palace is classic Las Vegas that continually reinvents itself and remodels to stay fresh. The most “boutique” rooms are within the Nobu “hotel within a hotel”, of what was once the old Centurion tower.

Everybody knows the Bellagio because of the amazing fountain show. In addition to the fountain, it’s a great hotel too. It’s a “newish” hotel, but with an upscale classic vibe.

About as far north on the strip as you want to stay, the Wynn & Encore hotels are best described as a floral paradise, with heavy use of red paint, red carpet, and red upholstery. If you like the color red, you’ll love the Wynn and the Encore.

Themed on Venice Italy, with canals, gondolas, and complete with St. Marks square. My favorite hotel in Las Vegas. The hotel complex is the 2nd largest in the world with 7,117 rooms. And the 2nd largest Casino in the world.. Only bested by the Venetian Macao. Palazzo is the tallest hotel in Las Vegas. With rooms starting at 650 square feet, the standard rooms at the Venetian are among the largest on the Strip — Even the base-level rooms contain floor-to-ceiling windows, a king-size pillow-top bed dressed in Egyptian cotton sheets, and a bedroom that is partially separated from the sunken living room.

You might enjoy watching some more videos from Las Vegas in my Vegas Playlist here: https://www.youtube.com/playlist?list=PLOVadUHX1B-JzE5fiVleugu6HTYLsr2sk

Check out my blog:
http://yelloww.net 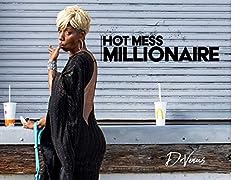 
That Life Had To Die 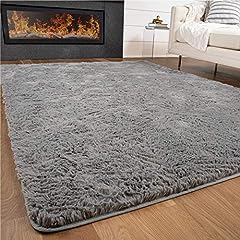 INDULGENCE UNDERFOOT: Experience the definition of luxury and comfort with the Gorilla Grip Fluffy Area Rug. Constructed with fluffy, soft shaggy faux fur, it’s made for comfort and indulgence underfoot. Extra thick and plush, with a 3mm thick foam p... (as of September 29, 2020 - More infoProduct prices and availability are accurate as of the date/time indicated and are subject to change. Any price and availability information displayed on [relevant Amazon Site(s), as applicable] at the time of purchase will apply to the purchase of this product.) 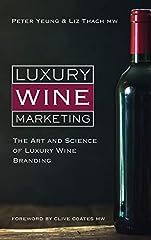 I feel that its price is expensive.

My fav hotel is Flamingo. It’s not the newest or the nicest, but it’s got more character than all the others and it’s centrally located on the strip. There’s something about that place. I love the reception area. I love the casino. I love the pool. Flamingo is just a cool place.

I like the LUXOR if you get the right rooms, but you need to have a pointed head………

I like higher end places because there’s no kids to contend with, but I don’t go to Vegas to sit in my room. I don’t need a lavish suite.

I got robbed in the Cosmopolitan – the staff was unhelpful and basically didn’t care. There is no security in the Cosmo NO CAMERAS on the floors beware!!!

As a Raider fan what hotel would be best to stay at when the Raiders play there in 2020?

At first spot you put something that is seriously pathetic…a plastic downscaled and intrinsically worthless wannabe copy of one of the true marvels of the world.
Same feeling you get from a Rolex and a 15 buck chinese copy with the “gold” that fades away in a week use.

So crazy when people say 200$ a night is a lot. Here on Long Island (not bragging, I hate it here, worst place in the entire country) you could go to a shitty basic hotel for 299$-349$ per night with nothing offered. The places are worn out and dirty, they knock on your door immediately at 10:00am to get out. I go to Vegas and stay in a beautiful hotel room for 79$-300$ a night. I use my Vegas points and get for 59$ a night for 799$ per room usually. I stayed in trump international for 125$ a night (was 225$ but the lady at the desk bumped it down for us) and the room was someone’s condo that cost millions. Everything included didn’t pay for shit. I’ve stayed at MGM 4 times, Bellagio 2 times, mirage 6 times, trump 2 times, Ceaser’s 2 times. I use the myVEGAS points for ‘buy one get one; breakfast, lunch, dinner’ so much you can do just by playing that app. Helicopter ride for 60$. Luxury Cadillac limo truck picks you up from your hotel, drives you to airport with champagne. Then you have champagne and tons of fruit with your significant other inside the place and then you go up and around a few Times. And then limo drops you off. Well worth 60$ per person. The best time of my life was in Vegas. I’ll never forget the times I’ve had there. Not a place on earth like Vegas. And I live close by to Atlantic City. And then Foxwoods and Mohegan Sun north of me. Which I also go to all 3 sometimes. And Foxwoods is the 2nd biggest resort in the world. I wish I had the guts to give up everything I have here in NY and move to Vegas. The room service guy that helped us while staying in Trump Int. Was from Long Island like myself. He sold his house here for 425 thousand (average house here) and bought 2 houses in Vegas and had money left over. Rents one of them out and lives in the other. And makes money off that. And he works at Trump for 25$ per hour. He said it’s the best thing he’s ever done. He heard my voice and knew I was from NY instantly and he started explaining everything to me. He said pretty much all of the resorts in Vegas like to hire people from all over the world and that it’s extremely common for people to just pick up and move there. I work construction/maintenance for a luxury apartment complex and I only make 25$ per hour which is nothing here in Ny. So I believe it would be easy for me to get something there. Sorry for the long rant. Got carried away. Happy new year to everyone. Be safe.

You might enjoy watching some more videos from Las Vegas in my Vegas Playlist here: https://www.youtube.com/playlist?list=PLOVadUHX1B-JzE5fiVleugu6HTYLsr2sk

I stayed at the Venetian/palazzo and it is truly amazing!

I like New York New York as well! Great video!

Been to Vegas 6 times and have stayed at the Palazzo each time! Very nice!!!!

I stayed at the Luxor and oh boy how cool it was.

We used to stay at the Four Seasons every time we went to Vegas. Non gambling, quiet with great service. Not anymore. They put in a very very VERY noisy lounge that looked like any other lounge with posers. The service and attention to detail also dropped significantly.

I’ve stayed at the top 4 and got to say…you got it right with the Venetian. It is totally my favorite and their players card offers up the best comps in the business

I’ve stayed at all of these, Trump Hotel is the best. Love him or hate him, it was luxurious

Can you do a video on mid tier hotels? In-between the luxury and the cheap ones.

Pls do a vid on the best cheaper hotels.

None offers ‘The Universal Backwash & Massage Unit, by “YAHVISION”

this review was really good !
Dollar for dollar the best hotel on the strip is the WYNN from the restrooms the gaming even down to the carpet most people dont see the small details but steven does and that’s why his hotels are the best

Off strip, The M Resort is amazing. Most beautiful hotel casino in vegas!

I can’t look at Mandalay Bay the same way anymore. 🙁

The balconies at the Cosmopolitan are great! There is an ice skating rink on the roof. Some of the rooms have excellent views of the fountains at the Bellagio.

One day I’ll be able to afford these hotels. For now I’ll stick to the LINQ and the Luxor.

What is that spaceship thing behind you. ?

What about the 5 best cheap hotel on the last Vegas strip?

I may visit Vegas some day. It’s on my bucket list just below ‘have a root canal without anesthetic.’